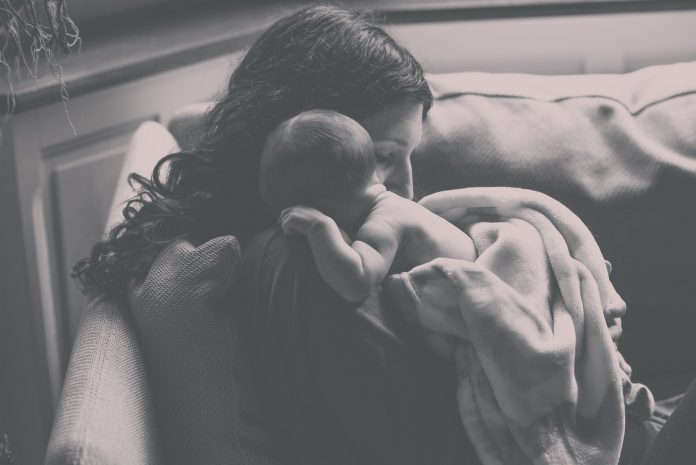 “Even though I was pregnant for the first time, I had a pretty good idea of what I wanted for my pregnancy and birth because I worked as a doula (birth companion) in Canada before moving to Brussels.

As soon as I found out I was pregnant, I knew I wanted to explore midwife-led care and the option of a home birth, and everyone I asked recommended the team at
Zwanger in Brussel (www.zwangerinbrussel.be). After meeting with Elke for the first time, my husband and I both knew this was the way we were going to go.

My pregnancy was pretty easy after my first trimester morning sickness subsided, and I always looked forward to my midwife appointments where I could hear my baby’s heart beat.

I also knew there would be an opportunity to share how I was feeling, physically and emotionally, with a midwife who would listen and provide great holistic advice.

There was always plenty of time for me to ask questions and the midwives went out of their way to make sure I met all of them to ensure there wouldn’t be any strangers at my birth.

I was due right after Christmas (28 December) but was certain that I would be late. I knew most first babies come late and my baby had been measuring a bit smaller than average the entire time. In fact, I left my 38-week appointment with Elke telling her I was certain I would see her in the New Year.

On 20 December, I spent the evening with my husband Paul having dinner and watching a movie and doing some last minute house organising. We got ready for bed and I felt some menstrual like cramping. I had heard that early contractions often feel that way, but I was still sure that these cramps had more to do with dinner than baby.

I got up to go to the bathroom and called to my husband “umm maybe my water just broke”. 10 minutes later I was certain it had.

The liquid was clear so we timed a few contractions over the next 30 minutes – they were not regular or very long and the midwives had told us if that was the case in the evening to try to get some sleep.

We tried, but were too excited, so we watched some TV and dozed a bit instead. At about 4.30 AM the contractions were starting to feel much stronger. They still weren’t that long but they were pretty close together and we decided to call the midwives.

Arlind picked right up and chatted with me for a few minutes before telling me she would be right over. Things were getting a bit intense but as soon as Arlind came in I felt much calmer.

She just sat and talked with me for a bit and held my hand during a few contractions reminding me to breath. After a few minutes she asked me if I wanted her to measure my cervix.

I was certain I had to be almost there and was very disappointed when she told me “fully effaced at 2 centimeters”. “Only 2 centimeters?” was all I could think, but Arlind reassured me that the number meant nothing and the fact that my cervix was thin and effaced was much more important, and to not get hung up on the numbers.

During this time, Paul filled the bathtub and the doulas we had hired arrived. Arlind could tell I was still disappointed and reminded me again that the number didn’t mean a thing and to keep doing exactly what I was.

I spent the next few hours in the tub. My contractions started to feel very strong and I would have a few in a row without a break. It was great having both Arlind and the doulas there reminding me to breath.

At one point, Arlind reminded me to be using my belly to exhale, which helped a great deal. My body was telling me to be on my hands and knees for each contraction so I would roll over and breath into the water concentrating on the bubbles I was blowing. The reminder to exhale strongly was so helpful.

A few hours later I told Arlind I felt like I needed to push, but it seemed much too soon. I was certain she would tell me not yet or that she needed to measure my cervix again, but instead she told me if I wanted to push I should. I started to and immediately decided I no longer wanted to be in the tub, so she and Paul helped me out and I decided I wanted to sit on the toilet for a while.

I got back on the bed and tried to be on my hands and knees, but the contractions were so intense it was tiring. One of the doulas got me my exercise ball and placed it on the bed for me to lean over, which felt the most comfortable.

After a few she gave me some instructions to help me push more effectively and reminded me to remain calm even through the contractions.

I still felt like I needed to push and asked again if it was ok, it all seemed so fast, there was no way I was already at the pushing stage but Arlind again assured me I should listen to my body and I began pushing with the next contraction. Febe, the second midwife showed up and offered some more encouragement.

After a few more pushes she told me she could see my baby’s head, and after a few more she told me I could touch it if I wanted to, which I did, it was a great reminder to keep going. At some point Febe asked if we wanted her to take pictures, I am glad we said yes.

“One more push and the head will be out”, Arlind told me. I don’t remember everything from this point, but I remember thinking there was no way I could do that one push, but when the contractions started I did.  “Or the whole baby”, I heard her say, followed by the sweetest sound of my baby’s cries as he decided his whole body would come out. Arlind and Febe quickly acted to help me pick him up and move to the top of the bed where I held him against my chest.

The post birth experience was completely serene. His cord pulsed for quite a while, and when it finally stopped Paul was able to cut it. One more push for the placenta, I knew I wanted to see it and Arlind and Febe took some time showing me where it had been attached to me and to the umbilical cord.

I needed just a few stitches and the midwives were able to do it with just a flashlight, serenely explaining what they were doing while Paul and I soaked up everything we could about baby Marcus.

The days after the birth

The great support continued all week. Because we were so close to Christmas I was worried we’d be on our own but Arlind and Febe came every day (including Christmas eve and Day) for the first five days after birth.

As luck would have it Day 6 was a really difficult day of breastfeeding, as I could only get Marcus to latch on my right side, causing a great deal of frustration for Marcus and pain for me as I tried to feed him from my left breast.

I gave a call to Febe who reassured me the only really important thing was that Marcus get fed, and suggested I pump on the left side and she would come back the next day. When she did she was able to provide lots of great advice which made breastfeeding a much more pleasant experience from there on in.

Being in Brussels as an expat means that we didn’t have that much familial/social support when Marcus first arrived. Though my parents and sister came for a few weeks we were otherwise on our own, knowing I could call the midwives at Zwanger in Brussel whenever I needed made this a great deal less terrifying.

People have asked if we were scared to be home alone with a brand new baby following the home birth but the way I see it we were always going to be home with him eventually and this meant we had all our follow ups at home.

Arlind taught us how to bathe him in his actual bath. She instructed us on swaddling using our blankets on our bed. Febe sat with me working on breastfeeding in the exact spot I breastfeed the most, making it easier to replicate what she showed me later.

At my 6-week follow up with Febe I mentioned that I was having a difficult time keeping up with feeding Marcus, it seemed like all he was doing was eating, almost every hour, all day and night. Febe suggested I have an appointment with Elke, who is also a Lactation Counselor and she was able to see me 2 days later.

Elke and I sat for an hour and created a plan for Marcus’s eating and sleeping, finding ways for him to nap more during the day and ensuring he was neither too hungry or too sleepy to try to get a good night’s sleep.

She offered lots of suggestions and options and perhaps more importantly instilled some great confidence in me. A week and a half later I was able to report progress but still felt frustrated at lack of sleep.

Elke reminded me that Marcus was still only 9 weeks old and highlighted all the progress we had made over the last 2 weeks. This instilled more confidence that allowed me to keep doing what I was doing.

I am certain that choosing to be at home with the Zwanger in Brussels team was a huge factor and their continued support has helped me be more comfortable and confident in my new role as a mother.

Zwanger in Brussel (website in English, French and Dutch) is a dynamic team of midwives ready to look after you in all stages of your pregnancy, during birth, and after the birth of your baby.

They work in the 19 communes of Brussels.

As well as homebirths, Zwanger in Brussel midwives can also support you during labour in hospital and can ‘catch’ your baby in St Jean hospital and Etterbeek hospital.

Midwife Elke Van Den Bergh is also an IBCLC-qualified lactation consultant, who can offer consultations at any time on your breastfeeding journey. 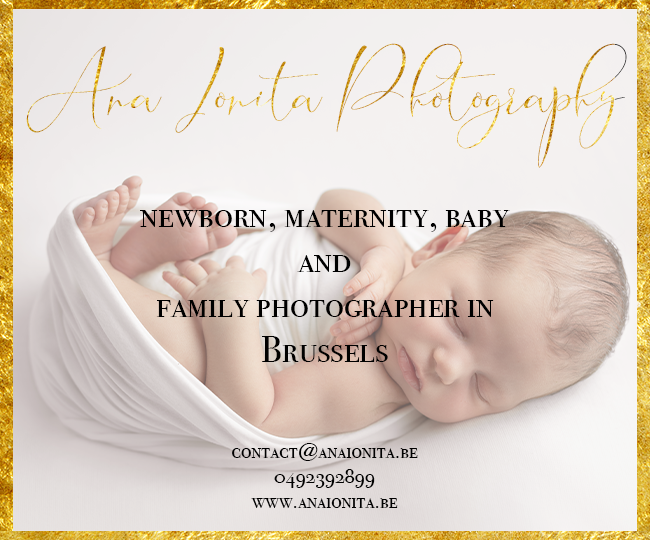