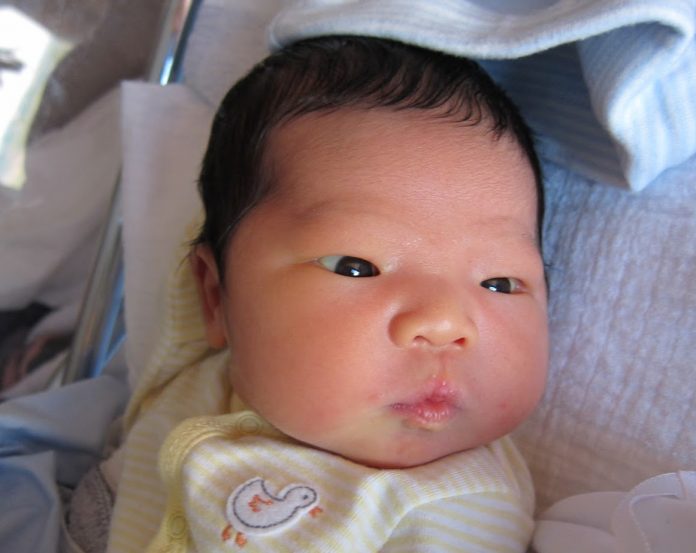 How many children do you have? What ages are they?

Were you boys born when you expected? If not, were they born earlier or later than their estimated due date? How did the timing affect your feelings leading up to their births?

[My first son] Lucas was born after the due date. The doctor actually decided to induce me. I was checked into the hospital the night before so I was rather prepared mentally.

Oliver came earlier than the due date. Though in the end it actually didn’t make much difference mentally as I was pretty much at the counting-down mode during the last month.

How did the births unfold?

Lucas was born after the due date. The doctor decided to induce me and had me checked into the hospital the night before. As such everything went pretty much according to plan i.e. getting my epidural. With epidural I was able to enjoy the experience and was feeling pretty high actually. After a few pushes baby Lucas was out – at least that’s how I remembered it!

Oliver came earlier than the due date. I was out at the supermarket doing grocery shopping with my parents (who were visiting us from Taiwan) when I started to have strong contactions.

I actually still managed to take the metro home to take a shower and grab my stuff before heading off to the hospital with my husband. We got to the hospital around 17:30, and I was dilating so quickly that it was already too late to get my epidural.

It was so honestly so painful. By 19:30 baby Oliver was already out. I cried after Oliver came out – not sure if it was because I was so moved or because the torture was over.

Both times they put the baby on my chest right away. I will never forget that feeling of holding your new baby for the very first time. It was pure love.

The birth experience was for sure much more enjoyable with the epidural haha – though equally memorable! I’m just so grateful to be able to give birth to two healthy babies!

Had you done anything to prepare for labour and birth, e.g. prenatal classes, yoga, hypnobirthing, doula support? If yes, what did you do? Do you think it helped? Looking back, would you have made any different decisions about your care or birth preparation?

I did pregnancy yoga, and that really helped with the discomfort that pregnancy typically brings.

I probably wouldn’t do anything differently with the birth preparation though. Just chill while you still can and enjoy this exciting period.

How were the first hours and days after your baby’s birth? How would you describe your recovery? What support did you have during the first weeks after the birth?

It was really important that my husband was there with me: berore, during and after that delivery.

I had natural birth both times so the recover was rather speedy. My parents flew in from Taiwan and stayed with us during the first 2 months after the delivery.

I know it’s uncommon in Europe, but I’m really grateful how much they took care of me and my new born babies!

I don’t think I would have done anything differently. I’m very fond of the memories of those months.

How was your experience of feeding your baby? Did you breastfeed? If yes, did you have the support you needed to get breastfeeding well established?

I breastfed both babies for an extended period of time. I loved the bonding and their milk drunk faces!

As they grew a bit bigger, they would start to play with your hair when bring breastfed. Those moments are very precious to me.

It didn’t start so well though. Getting them to latch on was challenging and the nurses in the hospital helped me to adjust how I held the babies. It was also extremely painful at the beginning. It felt pretty much like having your nipples blended by a blender. I had them to put the nipple cream afterwards. Just when they started to feel a bit less sore, it was feeding/blending time again.

In the end I used breast pump to pump the milk and let the baby drink it off a tiny cup for a day, so my nipples could heal properly.

Babies are such blessings form God. With their arrival, your identity, routine and life style change. It can get exhausting sometimes, and you wonder if you will feel like your old self ever again. Yes, you will. It might take some time, but you will. In the meantime, just enjoy the blissful chaos.