Home the village blog Inked at 40 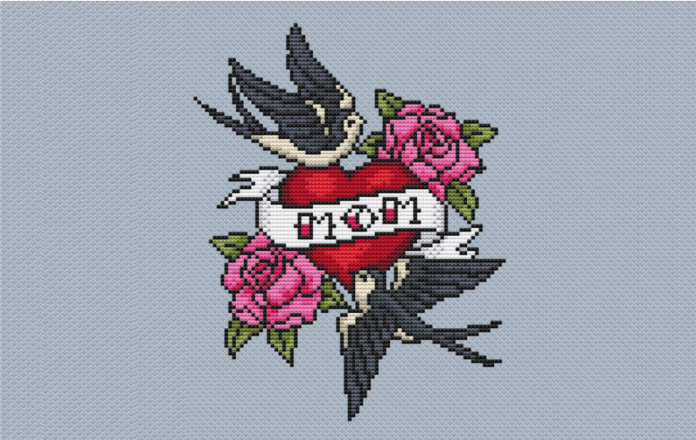 Once associated with bikers, sailors, criminals and run-of-the-mill deviants, tattoos have undeniably become much more mainstream.

Thanks to the internet, the world is at our fingertips, and we’re exposed to cultural and societal influences from all over the world.

We can stop and stare without feeling embarrassed or shy; make Pinterest boards of our favourite tattoos; admire the artistry of a beautiful tattoo and be inspired to decorate our own bodies; identify with someone whose tattoo tells a heartfelt story, and think about using a tattoo to tell our own; or even aspire to achieving a look similar to a celebrity we’ll never meet.

These days, tattoos don’t have to be about rebellion. For some, it may be more about conforming, feeling part of a tribe and following trends. For others, it may be about something much more personal.

Whatever our motivation, we enjoy feeling that we are in control and in the process, expressing our individuality.

However, despite more of us than ever deciding to go under the needle, prejudice against people with tattoos is still common – sometimes even from those with tattoos themselves!

Judgements can also go both ways: in one recent study, researchers found that while tattooed women were perceived as being stronger and more independent than non-tattooed women, they were perceived more negatively on many other character traits including honesty, intelligence, success, and capability.

So what does this mean for every parents worry that their tattooed offspring will be unemployable?

Well, their fears may be less founded than a generation ago. According to a recent US study, having a tattoo does not necessarily make someone less employable.

Many employers – in the hope of attracting and retaining top talent – are even starting to understand the importance of creating cultures of diversity and inclusion. They want employees to comfortable in expressing their individuality … including through body art and piercings! And after all, shouldn’t performance matter more than appearance?

I’d wanted a tattoo since my early teens in Northern Ireland. Although I can’t pinpoint how my interest began, I’m pretty sure magazines like Rolling Stone, Q and NME played a role. I didn’t know anyone with a tattoo. Not even anyone who wanted one, for that matter (or at least we never talked about it). But I knew I’d get a tattoo one day … once I could actually decide on something I really loved.

While waiting for inspiration to strike, and once I was ‘old enough’, I dabbled with piercings – nose, belly button, tongue, tragus (ear) – which temporarily satisfied the urge to decorate / mutilate (depending on your point of view).

Most of these were met with thunderous condemnation from my parents so getting a tattoo I wasn’t 200% in love with was never going to be worth it.

Over the next 20 years or so, life, family and work took me in many directions, with little time or willingness to think about my own needs and desires. And while the interest in body art remained, the continued subliminal disapproval of those around me meant that I’d relegated the idea to the back of my mind.

Separation, divorce, a professional crisis of confidence, a renewed interest in my own wellbeing and ultimately, a healthy dose of self-determination. Oh, and also meeting my tattoo-sporting partner who encouraged me to find out what I wanted from life.

At first, I challenged myself (once an eager runner) to complete a marathon to ‘earn’ my tattoo, but after a few years of enjoying 20k races and half-marathons, I realised that running a marathon was no longer that important for me.

But could I just get my tattoo for no other reason than that I wanted one? Yes, as it turns out.

How did I decide on the design?

I’d come to realise that the one thing (or rather, the three things) I wanted to honour most with my tattoo are my children. My three boys … my three little birds who will one day leave the nest, and who I hope will fly free of all constraints.

And so it felt obvious that I should get three birds tattooed, one for each of my boys. Clichéd, sure. Did I care, no!

Barn swallows, with their blue back and a long, deeply forked tail, spend the winter in Africa south of the Sahara, in Arabia and in the Indian sub-continent, before coming back to Europe in April or May.

What more could I hope for than to have my boys go out and discover the world, and always safely come back?!

At first I thought that three simple swallow silhouettes would do the trick, and so I reached out to a tattoo studio in Gent to run my general design by them and get an idea of price, appointment availability etc. And so the countdown started.

However, as the date approached, I still didn’t have my ‘final’ design. I knew I wasn’t getting cold feet about getting a tattoo, nor about what I wanted to represent, but obviously something was still not quite right.

So I searched some more, and then bam, I fell in love with these beauties (far left) – some real ‘sailors’ swallows – that somehow just seemed so much more fitting than the anonymous silhouettes I’d found previously on Pinterest.

(The fact that I haven’t travelled 15,000 nautical miles is beside the point.)

But since they were to represent my three boys, they couldn’t all be the same size! And so I scaled two of the birds to make a large for my eldest, a medium for my middle son, and a small for the youngest.

As for the question of WHERE to place the tattoo, I mulled over the choice between visible to all, or more hidden. In an earlier life, I might have chosen a more discrete location. But at the age of 40, I was doing this for me, and me alone. And so I decided that I wanted to see this symbol of my children ALL THE TIME!

So what did the kids think?

I’d told my boys about my idea as soon as I had it, and from the first mention, they were really excited and happy that I would do this to honour them. They asked a LOT of questions about exactly how tattoos are done, and asked innocently “Do you think it’s going to hurt?” and “Will it hurt as much as when I was born?”.

So when I picked them up from an Easter ‘stage’ just a few days after getting the tattoo (they’d been with their dad the previous week), I was a little surprised that they didn’t even notice!! It turns out that a roughly 5cm-diameter inner-wrist tattoo is more discrete than I’d expected.

Once I drew their attention to it, they were just as in love with it as I am! My 7-year old even asked if he could get one too (and this is after being explained what’s involved and seeing the photos of the needle).

And before I could answer, he forelornly said “Guess I need to wait until I’m 18”. He’s got that right!!