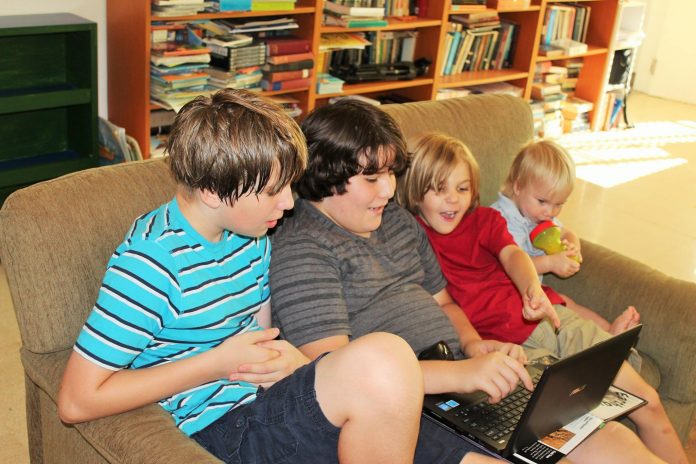 For those who haven’t read the story of your first son’s birth, please tell us a little bit about yourself and your family:

I grew up in rural Sweden and attended university there and in the US. I came to Leuven for a graduate studies research year in 1996, met my husband, and started working in Brussels while he finished his graduate studies. We would end up having two babies in Belgium, August and William, born 18 months apart, before leaving Belgium and moving to the Middle East, where we had two more children.

Our first-born son, August, arrived in October of 2001, a few days after his due date, just a month after the horrible events of 9/11. We had planned a homebirth in our apartment on Diestsestraat with a lovely midwife, however [after a long an complicated labour] August was finally delivered by c-section in Onze Lieve Vrouw Ziekenhuis in Mechelen.

William, our second child, was born in the same hospital on May 1, 2003. Our doctor and midwife had helped us plan a Vaginal Birth After C-section (VBAC), however four weeks before baby was due, I developed cholestasis, and William had to be delivered by c-section as well.

As it turns out, while William was born early, he was not at all premature, and weighed in at 4000 grams, measuring 53 cm.

How were you feeling in the run-up to William’s birth? Did it feel different than first time round, when you were waiting to meet you first son, August?

[Our first son] August was only nine moths old when I became pregnant with William, and I nursed him throughout the pregnancy (and beyond William’s birth). August was a busy toddler, and even though I was only working part-time, the months went by very quickly. This pregnancy was not about waiting, but about the extra time we had.

I was supposed to give exams at the beginning of May and deliver William after the semester ended. We had friends lined up to take care of August during the birth.

On the day before Labor Day however, four weeks early, the palms of my hands and the soles of my feet started itching so much that I went to see our family doctor in the morning.

She drew some blood and sent it for analysis, and a few hours later our obstetrician called us from the hospital, telling me we had to come to the hospital to deliver the baby.

Tests showed that I had Cholestasis, which was affecting my organs, and the baby was at risk.

I put a note up on my classroom door, and we got on the train to Mechelen, with August in tow because our friends were gone for the weekend, to have William.

We arrived at the hospital in the early evening with a haphazardly packed hospital bag and our toddler in tow, not at all prepared to have a baby.

We only had one name picked out, a girl’s name.

The hospital was deserted for the long weekend – Labor day – and our obstetrician got busy assembling a team that could help deliver our baby in the morning. While he needed to come out, it did not have to be an emergency c-section, and we could take the evening to get ready. We were given a room, and August slept next to me in my hospital bed.

Early the next morning, a nurse came in and put an IV in, and soon it was time to go downstairs for the birth. My husband wanted to be there in the OR – our obstetrician wanted my husband to be there with us to hold the baby as soon as he was born – but we did not have anyone to take care of August. All our friends were out of town, and my mother had only managed to get a ticket in two days.

The birth was very fast and there were no complications. My biggest worry had been August – he was still so little – and knowing that he would be OK, I was more relaxed since I pretty much knew what to expect.

William came out screaming, raging hungry, and within an hour, we were back in our room with August, who eagerly showed his little brother how to nurse.

The way we were taken care of as a family was truly amazing.

How were the first hours and days after William’s birth?

The most difficult part immediately following William’s birth was when my husband and August left the hospital to go home in the evening of the first night. It did not feel right, it felt very unnatural, that William and I should be apart from them – we were a family who had just had something amazing happen to us, and we should be together – and I missed them the second they were gone.

I cried when they left and cried happy tears when they came back the next morning (even though August was wearing the most ridiculous outfit since the birth had taken us by surprise and we hadn’t got any laundry done).

Luckily, there were no complications, and I was able to go home within a couple of days. Since I had already gone through the recovery process once, I knew what to expect, and could focus on figuring out such things as how to tandem nurse a baby and a toddler, and how to manage everyday life with a newborn who wanted to nurse 24/7 and a toddler in tow (a baby wrap is the answer, if you wonder, which our lovely midwife gifted us).

Overall, was your birth experience different from what you imagined it to be?

Neither August’s nor William’s births were anything like I had imagined, but in the end – even though it seemed SO important when I first got pregnant – it does not really matter how our babies were born.

From what you know about giving birth in other countries, how does the experience in Belgium compare?

For those who haven’t read the story of Jennifer’s first son’s birth:

The support network in Belgium – from prenatal care, to birth, and postnatal care – is amazing compared to a lot of other countries in the world. I can not only compare it to my later experiences giving birth in the Middle East, but to those of friends around the world, who have given birth in countries like the US, Sweden, Great Britain, and Australia.

The number one comfort that I appreciated was the home care during the week immediately following the birth. Every day, the midwife would come and take care of my body, check in on the baby and the breastfeeding, make sure the husband was staying sane, and even help with the house a bit if needed.

In my experience, this is the most crucial time when having a baby. When I had my fourth and last baby in Lebanon, there were a lot of complications following the birth, and I had to have my c-section wound redressed every day for months (long story).

I had no choice but to leave my newborn at home and go to the hospital for this, a trip that could take a couple of hours every day and was physically painful and exhausting.