Home All articles Back across the pond 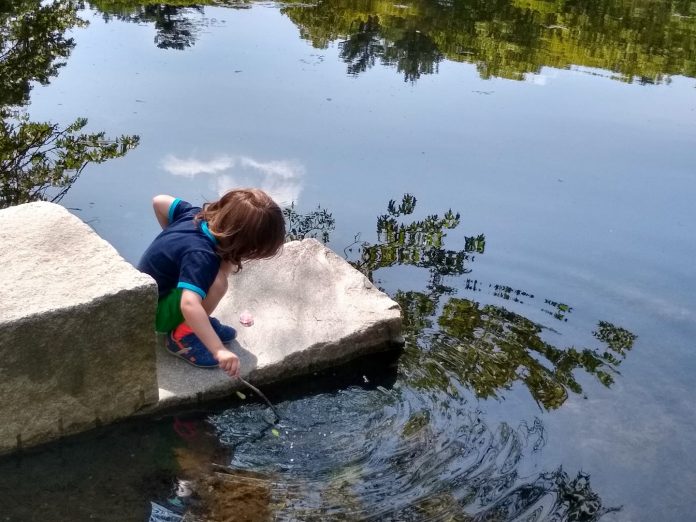 Please tell us a little bit about yourself: where are you and your partner from? how many children do you have? what ages are they? how did you come to live in Belgium? how long were you here? where are you now?

I am from the US, Massachusetts originally, and my partner is from Ireland. Though my father is French which means I lived in Belgium as an EU citizen.

We have two children currently 3.5 and 7 years old, both were born in Belgium. [editor: Read about the birth of Becca’s eldest child.]

We came to Brussels for my husband’s work – he had a post-doc position at the VUB – and stayed for 4.5 years. We are now back in the US living in the Boston area.

What did you enjoy most about living in Belgium? Are there things that you took for granted when you were here and only appreciated once you left?

I had a really great group of friends during my time in Brussels. I think the combination of being an expat and a new mom meant we were all looking for a similar type of friendship.

Personally I also loved living in a place that was so easily accessible by public transit – we didn’t have a car in Brussels and I never wished we had one… I miss that level of public transit connection.

What do you not miss about living in Belgium? What could have made your time here (even) better?

I can’t think of anything big for this actually. It’s obviously nice to be closer to my family now that we have moved back to the US.

What felt like the biggest cultural difference between Belgium and the US?

I really miss the multi-lingual environment in Brussels. My family speaks a minority language at home and it is harder to maintain in the US where so many families are mono-lingual as compared to Brussels where so many spoke two or more languages at home.

Where were some of your favourite places to go / things to do with your kids when you lived in Belgium? Any real ‘insider tips’ for parents?

For little kids we loved the Maisons Vertes [editor: a series of five locations across Brussels where children from 0-3 accompanied by mum / dad / grandparent / nanny can play with other children. Future parents are also welcome.]

I found joining parent-baby and parent-toddler groups a really great way to meet friends both for myself and the kids.

Did you make friends with many Belgians when you lived in Belgium or did you find yourself socialising mainly with other expats? Have you maintained any friendships with people still living here?

I mostly socialized with other expats – it was a great community where others were also looking for friends and social opportunities.

I stay in touch with people mostly through facebook, but am not in close contact with even my closest friends any longer.

Did you take the opportunity to learn a local language when you lived in Belgium? What about your kids? What kind of daycare / school did they go to?

I already was fluent in French so that was definitely to my advantage. I did not actively study French while there, though it is much improved from regular use.

My daughter attended a local school in French for two years before we moved, my son was still to young to attend school and I was a stay at home mom so he did not attend crèche / daycare either.

What about food: did you keep craving food from home while you lived in Belgium or did you ‘go local’?

There were definitely foods I missed, or went out of my way to find, in Brussels but they were actually mostly for little kids.

Having a baby I looked for familiar first foods or early baby / toddler foods and some (such as Cheerios) did not exist in Brussels.

Do you feel that living outside your home country has been enriching? If yes, how has it shaped you and your family?

I do feel it was enriching – I had a great experience and really great friends while in Brussels (which of course may have happened in any location but it worked out well for me in Brussels).

It was very interesting too to see how things are done in a different system – for example the crèche and school systems, or medical system.

Knowing another way things could be done was very informative to me.

What tips would you give to people who may be thinking of moving / planning to move country with a family in tow? How do you give yourself the best chances of a smooth transition?

I definitely recommend reaching out to the local groups which are in place for expats with young families.

The BCT and Antenatal and Baby were both wonderful resources for me, both as places to make friends and also as places with a wealth of accumulated knowledge about things such as doctors, schools, etc.